Scalextric slot cars were initially created in the 1950s by British firm Minimodels. The company had in 1952 introduced a range of clockwork powered race car systems called Scalex, which were then adapted into electric systems and renamed Scalextric, combining the words Scalex and electric.

Initially focusing on 1:32 scale models of Grand Prix racing cars, Scalextric cars became a landmark hit within the burgeoning slot car racing market, so much so that Minimodels was unable to meet the demand for its popular range and was incorporated as a subsidiary of Triang. At this time production of Scalextric vehicles changed from metal to plastic, which was both cheaper and easier to mould.

The first Scalextric tracks were made of a rubber compound and had two parallel grooves running along the course to allow two cars to race against each other at a time. In the 1960s production of the tracks themselves also switched over to moulded plastic, and this style of plastic track with a new attachment system is still in use today.

As slot car racing became more popular during the 1960s, Triang opened additional factories in Spain, France, Australia and New Zealand. One notable occurrence was that the Australian factory produced some vehicles with obvious colour variations from the parent company’s guidelines. These included a black Mini Cooper and an apple green Lotus, which was supposed to be British racing green. This is believed to have been done by local factory workers to spite its British parent company. These models are extremely rare and popular with collectors.

Towards the end of the 1960s, Scalextric 1:24 scale models were introduced to meet demand in the US and Europe. Sadly, these cars were not financially successful, and due to high production costs were discontinued in 1970. Another financial disappointment was the ‘You Steer’ line of Scalextric cars, which allowed racers to steer the car left or right just under an inch along the slots in the racecourse.

By the 1980s, Scalextric’s parent company had collapsed and one of its subsidiaries became Hornby Railways, which to this day is the producer of Scalextric vehicles. By this point slot car racing had lost some of its widespread appeal and Scalextric saw some of its biggest competitors, such as like Fleischmann and M√§rklin, stopping production.

The 1990s saw computer design and 3D printing methods create more authentic and detailed models than those of the initial slot car boom. New replicas of slot cars from the 1960s and 1970s appeared on the market, giving enthusiasts the option of racing modern and classic cars against each other. The Micro Scalextric range was also introduced, using 1:64 range cars racing on dedicated Micro Scalextric tracks.

Towards the end of the decade slot car racing saw something of a resurgence and Scalextric were joined by new kids on the block like Nico and Fly, whose cars can race on Scalextric tracks without modification.

Today Scalextric is as synonymous with slot cars as Hoover is with vacuum cleaners or Tannoy with loudspeaker systems. Scalextric Digital cars have been introduced, with digital control systems that allow up to 6 cars to race in a single slot with more realistic passing. Today’s cars are usually based on racing vehicles from F1, A1, NASCAR, Le Mans, touring, rallying and ordinary road cars.

One prominent Scalextric enthusiast is Top Gear presenter James May. In 2005 he attempted to set the land speed record using Scalextric slot cars and a scale measured-mile, inviting 42 of the world’s best Scalextric racers to break the then-current record of 458 mph. He himself used an off-the-shelf 1:32 scale Scalextric Ford GT to reach the equivalent speed of 392 mph, which is faster than the real Ford GT’s speed of 212 mph. The winning speed was 696.6 mph, which was in 2008 beaten by actor Dallas Campbell, who set the current record of 983.88 mph using a Scalextric Honda F1 model. 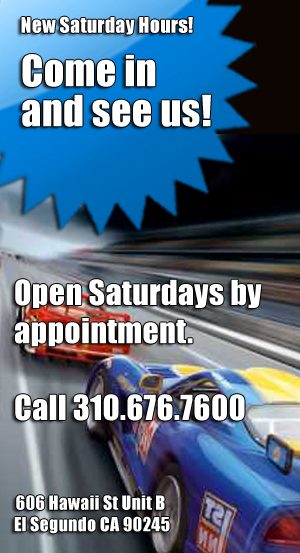 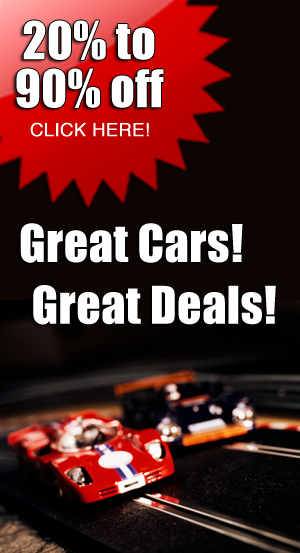